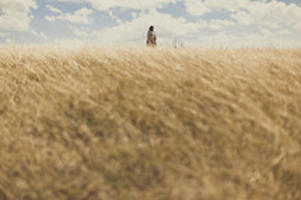 My pastor recently dropped this text on us, “Jesus traveled through all the towns and villages of that area, teaching in the synagogues and announcing the Good News about the Kingdom. And He healed every kind of disease and illness. When He saw the crowds, He had compassion on them because they were confused and helpless, like sheep without a shepherd. He said to His disciples, ‘The harvest is great, but the workers are few. So pray to the Lord who is in charge of the harvest; ask him to send more workers into His fields.’” (Matthew 9:35-38 NLT)

Harvest. This Greek word for harvest is therismos. It’s translated “the act of reaping.” Traditional religious teaching says the harvest Jesus referred to was the souls. For the translators and the theologians, it was a short trip from there to “unsaved people.” But that’s not right. In context, the harvest or act of reaping, was the works He was doing in all the towns and villages. His therismos was announcing the Good News about the Kingdom and healing every kind of disease and illness.

So when He saw how many were like sheep without a shepherd, He said “The harvest is great … ask [the Lord] to send more workers into His fields.” I can see Him, looking up at the crowd, seeing how every one needs something, and how He was limited to one body. Can you see that?

Jesus told the disciples to pray to the Lord to send more people to do the act of reaping – the announcing and the healing. Then my pastor picked up one of his favorite subjects, how the church could empty a hospital right now, today, if it chose to do so.

So immediately, I saw Jesus standing in a field that was ripe and ready to be harvested. He had His back to me and He was standing on a horizontal plane that had no beginning and no end. At first I thought it was gold, the color of the wheat, but I realized it was like an iridescent gold glass. It was beautiful and I can still see it. It stretches out in front of Him forever.

He showed me that this therismos, this act of reaping, this harvest is His works of proclaiming the good news of the kingdom and healing. They are His perfect works and they were born out of the heart of the Father. And as Jesus transcends time and space, so do His works.

The harvest is a constant. We pass over and through, like children running and playing, like strands of love woven throughout. We walk in that dimension, free from the constraints of time and space, as Him.

The same works He did continue. They’re still there – the works. There are doors of opportunity from that day until today to harvest – to do the act of reaping – the announcing and the healing. What we call “Revival” never ends for us because it’s in Him we live and move and have our being. And He never ends.

From the beginning until today, nothing about it changes. The harvest is His, the power is His, the compassion is His, the results are His – it’s all His.

The works remain and the power remains. It’s the power of the Holy Ghost. It doesn’t get stronger and it doesn’t get weaker. The power is a constant and not affected by us. There’s no fluctuation in the Father’s compassion. His love doesn’t get hotter and then cool off. It’s His love. The comfort is a substance. We don’t produce it, we only distribute it. When we enter into the act of reaping with Him, we’re not responsible for producing the power, love, compassion or any of it. We can totally depend on Him to generate it all.

We walk in that dimension as Him. We do “the stuff” for the same reason He did it on that very day that He uttered those words – because we see people that are confused and helpless and we have compassion on them. We see people that are sick, lonely and in need of love and comfort and we heal and proclaim the Gospel. We comfort with the same comfort we were comforted with. And there is Jesus.